Today I am going to talk about template method pattern and strategy pattern. In addition, we will discuss how to leverage them with functional interface in Java 8. These two design patterns are both belong to behavioral patterns in Design Patterns written by GOF.

Let’s start with template method pattern. Based on the definition in Design Patterns:

The first step is a common behavior and the second and third steps are various for different pizza types. We can solve this problem by using template method pattern as below: 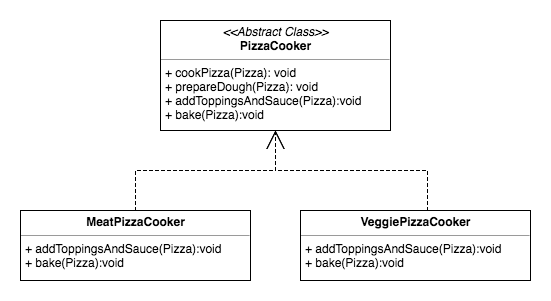 Define a family of algorithms, encapsulate each one, and make them interchangeable. Strategy lets the algorithm vary independently from clients that use it.

Strategy pattern is implemented through object composition. A context class is configured with concrete strategy objects and maintains the references to strategy objects. We can design the structure as below: 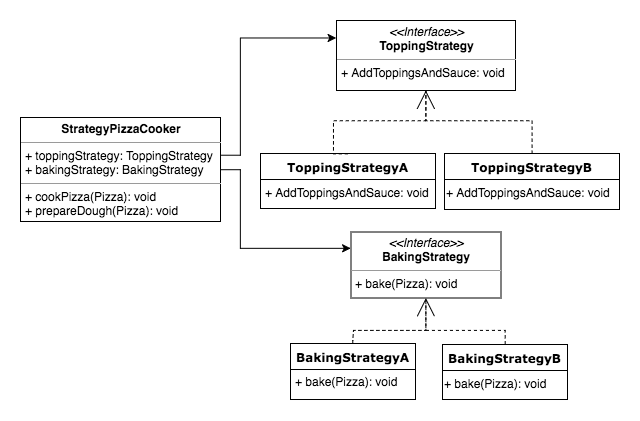 Function composition is the process of combining two or more functions to produce a new function. Composing functions together is like snapping together a series of pipes for our data to flow through. It provides more flexibility to control the concrete logic in the code. We do not need to create multiple subclasses for different implements, instead just declare different functions.